A warm house, space to grow food and room to play - these shouldn’t be dreams that can only be achieved by the wealthy. In a world of skyrocketing house prices and social inequities, collective housing is increasingly proving its worth as an alternative route to homeownership and a fulfilling and sustainable lifestyle.

Co-housing is an appealing concept to different people for different reasons. For a single or retired person, it’s often the chance to be part of a community that shares and cares for one another. For families, it may be the peace of mind of a permanent home, and a safe place for children to play together. For young couples, it could be a starting point for home ownership, beyond a shoebox space in an anonymous apartment building.

A key example of such an initiative is Cohaus in Auckland’s central suburb of Grey Lynn. This collection of twenty units, each housing everything from single folk to families of five, shares gardens and a communal meeting space, as well as having plans for a shared electric vehicle.

Another success story exists happily in Dunedin at Toiora High Street. Here, 24 terraced homes share a playground, gardens, orchard and other communal facilities. In other areas of the country, from Takaka to Leigh, plans are afoot to create more co-housing projects. 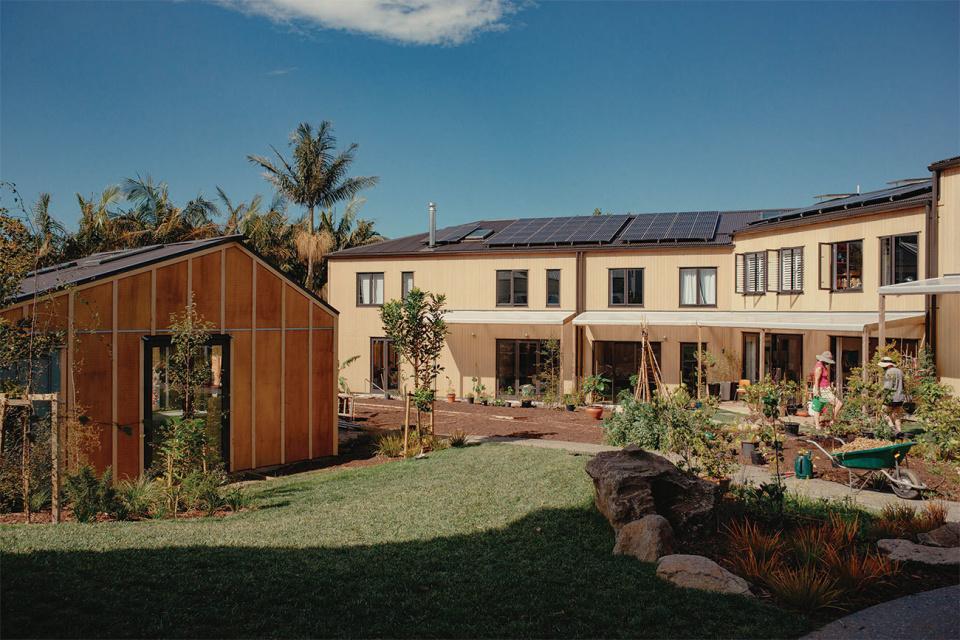 Besides creating or becoming a member of a housing collective, there are other ways to join forces for home ownership, with groups of friends reportedly entering mortgage agreements around the country by purchasing joint properties and building houses alongside each other. Others are purchasing houses and living together as adults in a manner similar to flatting, a concept known as ‘co-living’.

The concept of a village used to provide the level of community seen in these initiatives - and getting back to this way of life is another major reason for wanting to be a part of one. While fairly unusual in New Zealand, these types of shared properties are more commonly seen in European countries, which perhaps have closer ties to the village lifestyle than the average city-dwelling Kiwi.

For many, isolation from family and community caused by border closures and lockdowns over the last three years has made living in a community such as this more appealing. Having someone to call upon in hard times, and being available to share the load when others are suffering, are all benefits of co-housing that have become more apparent since the pandemic hit.

Sustainability is often a factor, too, with most modern co-housing projects encompassing green living principles in their founding documents, and with many using passive housing concepts and earth-friendly building products such as Abodo timbers in their construction.

No matter the details, in a world with so many barriers to homeownership, the success of these concepts boils down to the fact that sharing is definitely caring.